GD17: Citalopram Shunyata - Vanilla Bloodshame CD
First full-length album of the Scatmother side-project dedicated to murky, textured and harsh, rumbling Noise. Featuring brand-new tracks as well as the first ones to have ever been recorded for this project, "Vanilla Bloodshame" explores incest and inner-family sexuality from various angles. From sadistic abuse to playful consensual experimentation, from Greek and German world literature to unartistic modern pornography. Co-release with Obsessive Fundamental Realism. Housed in diy OFR style packaging. 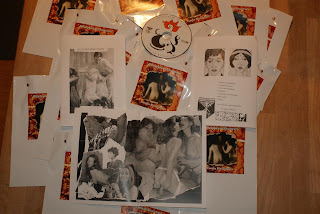 GD15: Anatta
This tape, the first release of Anatta, contains about 26 minutes of drone. All tracks are untitled, as is the tape itself, but there is an intro and an outro, consisting of a kind of fleeting feedback, with a distant feeling. The other tracks have a fuller sound. While obviously repetitive, the use of several sound sources, such as distorted noises, guitarloops and metal junk, guarantees there's something to discover in the each track of this tape. While devoid of vocals, thematically this release is influenced by Buddhism and more specifically Death in the Buddhist Traditions. C30
Listen to a sample track here. 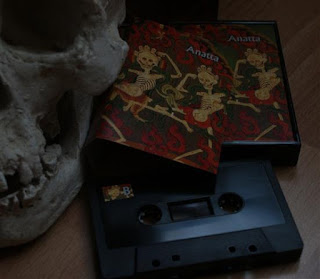 GD16: Chaos Cascade - Punishment & Lust
On this new release Chaos Cascade presents 3 tracks that go further in the same direction that was already started on the last couple of releases. Aside from the characteristic vocals, the Black/Death/Grind elements are gone, the result is a far less chaotic affair. Nevertheless the Industrial Noise/Power Electronics territory that's ventured into is no less disturbing. The noise of Chaos Cascade might change, it will however always expose the filthy mind of its creator. Pro-dubbed, 150 copies, C20. Gutter Disease
Listen to a sample track here. 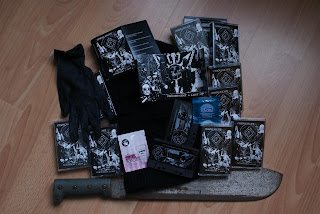 GD12: Concrete Cunt - hnww tape is out now!
HNWW is the third Concrete Cunt release and presents a conceptual Harsh Noise Wall release with a very hands on approach. Limited to 30 copies.
Listen to a sample here.

GD09: Maskhead - Anonymous Sadism tape is out now!
Does the world needs more perverted Finnish Harsh Noise? Of course it does! Maskhead returns with a C20, this time more minimalistic and pedal based, spiced with some samples and a nice cover picture.

GD10: Siege Electronics - New Resistance tape is now out!
Siege Electronics is a Scottish one man operation delivering Heavy Electronics. The project is only a couple years old, but has a prolific output, a lot of releases haven't been released in physical format though. Of the physical format, the tapes done by Vanguard Productions and Black Ring Rituals are the most notable. Thematically Siege Electronics deals with topics like f.e. nationalism and anti-imperialism on a global scale. While this is a lengthy release (over 70 min.) the use of samples, calmer as well as more intense parts, sparse vocals and the overal quality of the music keeps this release interesting.